Who is Boria Majumdar? 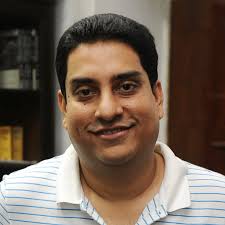 Image: youtube.com
Boria Majumdar is a sports journalist, academician, and author from India.
Majumdar was born in Kolkata on March 8, 1976. He graduated from The Frank Anthony Public School in Kolkata. In 1997, he received his B.A. in History from Presidency College, University of Calcutta. He earned his M.A. in Modern History from the same university in 1999. In 1999–2000, he was a Rhodes scholar, and in October 2000, he moved to St John’s College, University of Oxford, to pursue a DPhil in the Social History of Indian Cricket. In March 2004, he received his PhD, and his thesis was nominated for publication in the Oxford monographs series. In December 2004, Penguin-Viking released it in India as Twenty-Two Yards to Freedom: A Social History of Indian Cricket.
He collaborated on the autobiography of former Indian cricketer Sachin Tendulkar, Playing It My Way, alongside Sachin.
Eleven Gods and a Billion Indians: The On and Off the Field Story of Cricket in India and Beyond, his second book, was released by Simon & Schuster in 2018.
In 2019, he is a senior research fellow at the University of Central Lancashire’s School of Sport and Wellbeing.
He previously served as a distinguished visiting fellow at La Trobe University in Melbourne and as a visiting lecturer at the University of Chicago since 2003.
Sharmistha Gupta is Majumdar’s wife.
Boria Majumdar debuts his unique sports enterprise RevSportz, which has received funding from a number of corporates.

Boria Majumdar was banned for two years by the BCCI after a three-member committee judged him guilty of threatening India wicketkeeper Wriddhiman Saha over an interview request in 2022.

The Board of Control for Cricket in India (BCCI) has barred journalist Boria Majumdar from the game for two years after its committee found him guilty of threatening Wriddhiman Saha. Majumdar allegedly yelled at Saha when she was turned down for an interview. 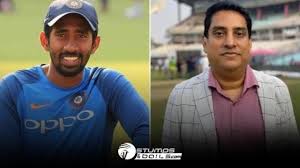 The BCCI has suspended journalist Boria Majumdar for two years for “threaten[ing] and intimidating” India wicketkeeper Wriddhiman Saha. The ban, which includes no press accreditation for any matches in India, an embargo on interviewing centrally contracted players, and no access to any of the cricket board’s or state units’ facilities, became effective after the Apex Council approved the recommendations of a three-member fact-finding committee.
The Indian Express exclusively reported on April 23 that the BCCI was set to ban Majumdar after its three-member committee comprising the cricket board’s vice-president Rajiv Shukla, treasurer Arun Dhumal and the BCCI Apex Council member Prabhtej Singh Bhatia found him guilty of “bullying” Saha. As reported by this paper, a communication would be sent to the ICC also, that they ban the journalist for global events.
The interim CEO of the BCCI, Hemang Amin, wrote to all member units on Wednesday, The Indian Express has seen the letter, telling them of the punishment meted out to the journalist and seeking cooperation.
“The BCCI Committee considered the submissions by both Mr Saha and Mr Majumdar and concluded that the actions by Mr Majumdar were indeed in the nature of threat and intimidation. The BCCI Committee recommended the following sanctions to the Apex Council of BCCI. The Apex Council of BCCI agreed with the recommendations of the BCCI Committee and imposed the following sanctions: i. 2 (two) year ban on getting any accreditation as a member of the press in any of the cricket matches (domestic and international) in India; ii. 2 (two) year ban on getting any interview with any registered players in India; and iii. 2 (two) year ban on access to any of BCCI and members associations owned cricket facilities.”
The investigation committee was formed “to examine into Wriddhiman Saha receiving threats and harassment from a senior journalist.” It happened after the 37-year-old wicketkeeper posted a tweet on February 19 with a screenshot of the texts that read: ““After all of my contributions to Indian cricket..this is what I face from a so called “Respected” journalist! This is where the journalism has gone.” Another message reportedly received by the journalist read. “You did not call. Never again will I interview you. I don’t take insults kindly. And I will remember this.” “This wasn’t something you should have done”.
This came after Saha was omitted from the Test squad for the upcoming home series against Sri Lanka. Many former cricketers, including ex-Indian team head coach Ravi Shastri, expressed their sympathy for Saha, but the wicketkeeper refused to name the writer publicly. During the hearing, he did, however, divulge the identify of the individual, Boria Majumdar.
Majumdar previously informed this newspaper that he planned to sue Saha for slander.“I’m filing a defamation case on Wriddhiman Saha. He has doctored, tampered and manipulated screenshots. Earlier today, I have sent the BCCI all the details and I have emailed everybody in the BCCI the entire sequence of events. I have also tweeted my side of the story,” Majumdar had said.
The journalist said in his testimony to the BCCI that Saha’s manager paid him a visit on February 1 and lined up “two interviews as a brand building exercise”. Majumdar texted the player over WhatsApp on February 10, just before the IPL big auction. On February 13, when Saha was signed by Gujarat Titans on the second day of the IPL auction, a series of SMS were received. The journalist’s account included specifics of his WhatsApp messages with Saha, stating the latter had “confirmed an interview over Zoom”. According to the statement, the context of the messages was “the disappointment over failure of Mr. Saha to comply with his professional commitment and hence was an expression of dismay by Mr. Majumdar”. The journalist had denied making any threats or engaging in aggressive behaviour.
———–
20.59368478.96288